"The instructions of the Head of State are under special control"

"The instructions of the Head of State are under special control" 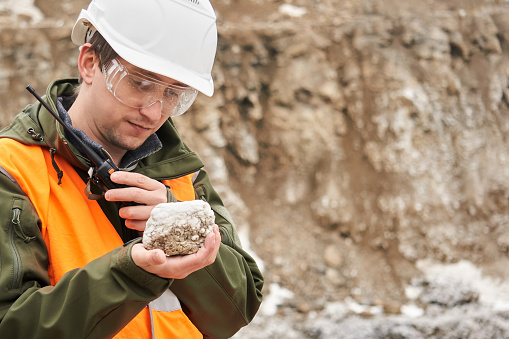 This was announced by the Minister of Ecology S.Brekeshev at a briefing of the CCS under the President of the Republic of Kazakhstan. He spoke in detail about the implementation of the instructions of the Head of State given at the expanded meeting of the Government regarding the development of the geological industry and the adoption of measures to manage the number of saigas.

"As part of the national project, the total area of geological research will be 680 thousand km2 by 2026. This will make it possible to cover up to 2.2 million km2 of the country with geological and geophysical study. Special attention is paid to identifying promising sites for rare and rare earth metals," the Minister said.

Within the framework of digitalization and automation of processes, work was carried out on the implementation of the National Mineral Resources Data Bank. Unfortunately, the work has been delayed since 2017 due to lengthy procedures for approving financing and determining a supplier.

Currently, a decision has been made on the further implementation of this information system within the framework of the unified subsoil use platform "Kaznedra" being created. The platform is interdepartmental, it involves government agencies working with subsoil users. Currently, work in this direction is being carried out jointly with the Ministry of Digital Development, Innovation and Aerospace Industry.

"By the end of this year, such components of the platform as the database structure, an interactive map, and the business process of applying for a license for exploration of solid minerals will be in test mode. The issue of implementing this platform is under special control," S. Brekeshev stressed.

In addition, in order to provide comprehensive service support to investors through open access to geological information, the National Geological Service was established in December last year. Within the framework of the service, it is planned to build a stock storage, 2 core storage facilities, repair and modernization of 4 core storage facilities and the creation of a data processing center. As a result, the level of provision of public infrastructure will reach 100%.

"In order to improve the investment attractiveness in geological exploration, we are working together with interested government agencies on relevant proposals for amendments to the current legislation," the head of the department said.

In pursuance of the instructions of the Head of State, last week, under the chairmanship of the Minister of Ecology, with the participation of scientific organizations, interested government agencies and specialized associations, a meeting was held to consider new approaches to managing the saiga population.

Representatives of the Institute of Zoology and the Association for the Conservation of Biodiversity of Kazakhstan proposed the need for in-depth scientific research on a comprehensive assessment of ecosystems in the area of the saiga population in Kazakhstan to determine the optimal number of each population, effective monitoring and sustainable management.

However, it must be understood that in any case, saiga populations cannot increase indefinitely and exist stably without their management. An analysis of the dynamics of the saiga population since 1980 showed that 11 cases of mass animal deaths, on average every 3.5 years, in which an average of 34% of the entire population, or 18% of the total population, died.

"In this regard, from the point of view of saiga conservation, it is most expedient to maintain the maximum possible size of its population with their reasonable use with the continuation of special protection of this species. Such population management requires careful preparation. Therefore, together with the Institute of Zoology, we will begin work on in-depth research and after their completion we will inform the public. The work will take more than one year.

In turn, in order to resolve conflict issues with agricultural producers, the Ministry of Agriculture will consider issues on the development of a methodology for calculating the damage caused by the slaughter of wild animals and compensation for damage to farmers," S.Berekeshev summed up.

Following the briefing, the Minister of Ecology answered journalists' questions.