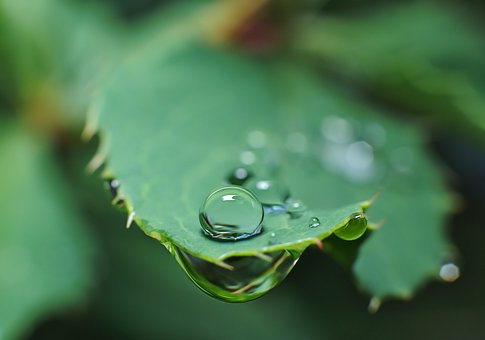 Vice-Minister A.Shalabekova familiarized the audience with the rules of public discussions and gave the floor to the speaker Imanaliev M.U.

In addition, the main message of the new Water Code will be the recognition that water is a fundamental element of the natural environment, and water is necessary for life and absolutely in all types of human economic activity.

Based on the draft Concepts, ways to solve the following main problems were announced.

First, there is a lack of state information support for water resources management activities.

It is proposed to solve this problem in the legislative plane by clearly defining the competence of state bodies for accounting and monitoring of water resources, including using information systems.

Secondly, the lack of a scientific unit in the water resources management system.

The new Water Code will provide for the powers of the scientific (research) center and its role in planning, managing and rationing water resources and demand for them, as well as coordinating the activities of other scientific institutions. The accompanying draft law also proposes to include projects in the field of water management and water resources in the list of projects that subsoil users can finance due to the obligation to allocate 1% of the cost of mining to the development of science.

In addition, amendments will be made to the Law on Education regarding the mandatory 3-year training for holders of a state grant for aul quota, and the Law on Agriculture – norms for the inclusion of water management specialists in the list of persons entitled to benefits and support in connection with work in rural areas.

To implement this task, the Water Code will provide the main provisions regarding the content and role of schemes for the integrated use and protection of water resources in the State Planning System.

All plans, programs and projects for the development of economic sectors (agro-industrial complex, industry, energy, transport, housing and communal services), environmental rehabilitation should be developed on the basis of these documents.

The solution of the first two problems - on accounting for water resources and the development of science - will also contribute to strengthening the status of Schemes.

Fourth, the cost of water does not correspond to its value.

In order to stimulate economical, lean and efficient use and transportation of water, it is proposed to revise approaches to setting the amount of payment for the use of water resources and to define it as differentiated with the use of reducing coefficients in the case of the introduction by the water user of new water-saving, treatment technologies, modernization of existing equipment and other actions aimed at improving the efficiency of water use. I would like to note that this issue will be resolved within the framework of the consolidated draft law on amendments to the Tax Code, as required by law, after the adoption of the Water Code.

Fifth, state control in the management of water resources.

The law enforcement practice of the current water legislation has shown the imperfection of the norms concerning the status and powers of inspectors exercising state control in the field of protection and use of water resources. The new Water Code provides for bringing the provisions on state control in line with the new regulatory policy, which will streamline this work.

Sixth. A wide range of legal relations regulated by the Water Code.

The Committee on Water Resources proposes to exclude from the scope of the Water Code issues related to the safety of hydraulic structures; water supply and sanitation in housing and communal services; land reclamation; prevention and elimination of harmful effects of water. At the same time, these issues should be considered in other special laws.

In addition, the issue of revising the functions of agricultural cooperatives is being worked out so that they stop being water dealers and start operating the hydro-reclamation infrastructure.

The new legislation should increase the effectiveness of state regulation of the protection and use of water resources, as well as lead to the development of the legal framework and mechanisms for the implementation of a unified state water policy.

At the end of his speech, the speaker, together with veterans of the water industry, answered the questions of the gathered stakeholders, public figures and journalists. All suggestions and comments were listened to and taken into account.